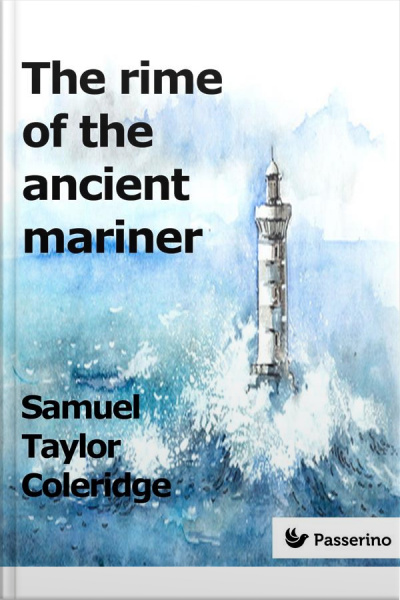 The Rime Of The Ancient Mariner

"The Rime of the Ancient Mariner" is the longest major poem by the English poet Samuel Taylor Coleridge, written in 1797–98 and published in 1798 in the first edition of Lyrical Ballads. The Rime of the Ancient Mariner relates the experiences of a sailor who has returned from a long sea voyage. The mariner stops a man who is on the way to a wedding ceremony and begins to narrate a story. The wedding-guest's reaction turns from bemusement to impatience to fear to fascination as the mariner's story progresses, as can be seen in the language style: Coleridge uses narrative techniques such as personification and repetition to create a sense of danger, the supernatural, or serenity, depending on the mood in different parts of the poem.

Samuel Taylor Coleridge was an English poet, literary critic and philosopher who, with his friend William Wordsworth, was a founder of the Romantic Movement in England and a member of the Lake Poets.