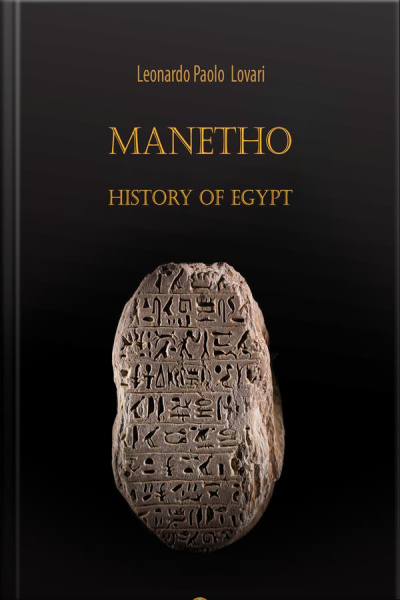 Our knowledge of Manetho is uncertain, but we can affirm three things that are: his homeland, his priesthood in Heliopolis and his activity for the introduction of the cult of Serapis. The name Manetho can be explained as "The Truth of Thoth", and under the XIX Dynasty it is described as "First Priest of the Truth of Thoth". "Manetho" is from the Coptic "spouse" "herdsman" "horse", but the word does not seem to appear elsewhere as a proper name. Under the name of Manetho, Suida seems to distinguish two writers: Manetho di Mendes in Egypt, chief priest who wrote about the realization of Kyphi and Manetho di Diospoli or Sebennytus, works "A Treatise on Physical Doctrines" and "Apotelesmatica" (or Astrological Influences), in verses hexameters, and other astrological works. He describes himself as "High priest and scribe of the holy shrines of Egypt, born in Sebennytus and living in Heliopolis". To Manetho we owe the division into thirty dynasties of the history of ancient Egypt, this subdivision is partly confirmed also by other sources such as the Royal Canon.