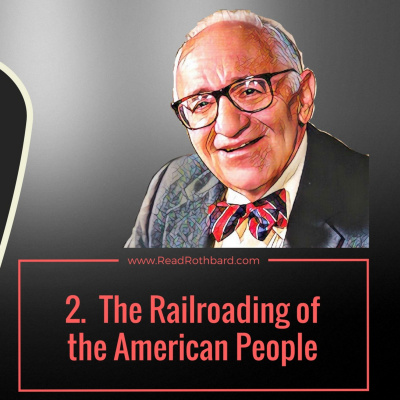 The American Economy and the End of Laissez-Faire: 1870 to World War II 2. The Railroading of the American People Lecture by Murray N. Rothbard The railroads experienced both enormous growth and enormous government intervention. Land was closed off from settlement, causing farmers to oppose the privileged railroads. Markets were skewed. Waste and inefficiencies were high. Graft and corruption were rampant. Only the Great Northern by James Hill was built with private monies. It became the of the few transcontinental railroads not to go bankrupt. Lecture 2 of 13 presented in Fall of 1986 at the New York Polytechnic University. This lecture on YouTube: https://youtu.be/EypkF60gW_4 Sourced from: https://mises.org/library/american-economy-and-end-laissez-faire-1870-world-war-ii We are not endorsed or affiliated with the above. https://creativecommons.org/licenses/by-nc-nd/3.0/legalcode Presented by: Read Rothbard is comprised of a small group of voluntaryists who are fans of Murray N. Rothbard. We c