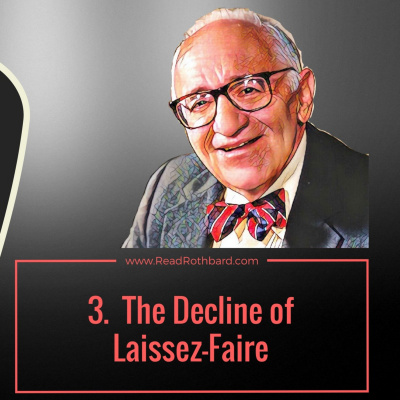 The American Economy and the End of Laissez-Faire: 1870 to World War II 3. The Decline of Laissez-Faire Lecture by Murray N. Rothbard Economics is a constant fight between the market and the government. The railroad cartel did not work against the free market even with ideal conditions. Airlines were tightly regulated until the small airlines began to compete in quality. Deregulation followed. Cleveland deviated from laissez-faire because of Morgan interests. After the Civil War, manufacturing thrived - our own Industrial Revolution was underway. Prices fell. Savings rose. Capitalists owned the machinery so the workers no longer had to. The factory system enormously increased productivity. Corporations are legitimate as libertarian entities. Industry made petroleum a natural resource. Lecture 3 of 13 presented in Fall of 1986 at the New York Polytechnic University. This lecture on YouTube: https://youtu.be/eHmu2nQ7fu8 Sourced from: https://mises.org/library/american-economy-and-end-laissez-faire-1870