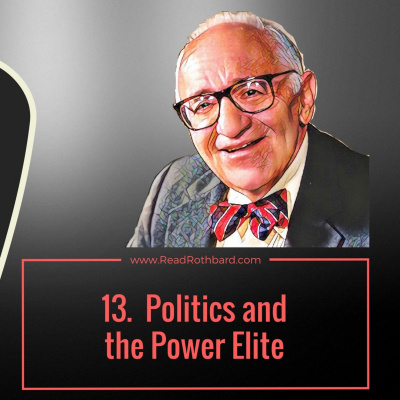 The American Economy and the End of Laissez-Faire: 1870 to World War II 13. Politics and the Power Elite Lecture by Murray N. Rothbard With WWII, Morgans get their war in Europe; Rockefellers get their war in Asia. Both sides are happy. Rockefellers take over foreign relations and create the Trilateral Commission, while electing Carter President in 1977. Coolidge had an entire Morgan cabinet. More Morgan men under Roosevelt. Central banks were set up in each country. Deliberate inflation prevented the loss of gold from certain countries. Hoover was the first New Dealer. Roosevelt in 1932 simply expanded it. The National Recovery Association was a creation of the Hyde Park group. The Roosevelts were closely connected to the wealthy Astors. Rockefeller men began replacing Morgan men. The Harrimans were connected to these power elites,running banking interests. Kuhn, Loeb & Co., Goldman Sachs and Lehman Brothers took over investment banking. Major differences are now between the Eastern establishment (cultured