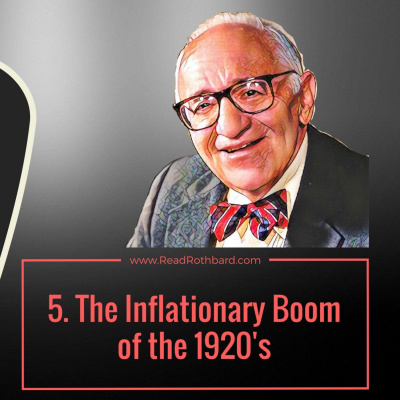 20th Century American Economic History 5 . The Inflationary Boom of the 1920s Lecture by Murray N. Rothbard The Industrial Revolution and the development of the modern banking system were the two big things that happened in the Eighteenth Century in Britain. Why does the boom-bust cycle emerge? Is the cycle just a natural part of industry, or is it caused by the banking system? The Austrian explanation of expanded bank credit not based upon private pools of savings is sound, unlike the Keynesian explanations of overproduction or under consumption. Inflation is an increase in the money supply. 5 of 8 from Murray Rothbard's 20th Century American Economic History lecture series. Sourced from: https://mises.org/library/20th-century-american-economic-history We are not endorsed or affiliated with the above. https://creativecommons.org/licenses/by-nc-nd/3.0/legalcode Presented by: Read Rothbard and Actual Anarchy Read Rothbard is comprised of a small group of voluntaryists who are fans of Murray N.