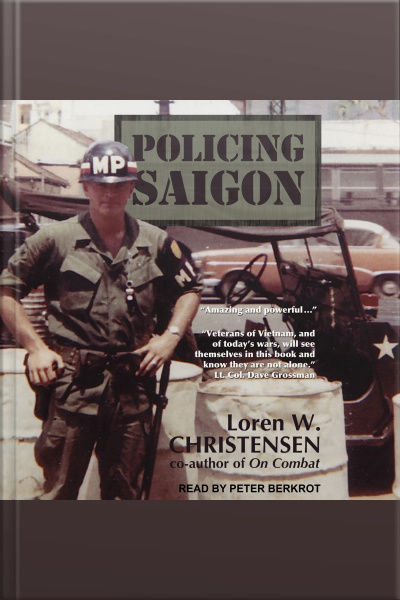 Policing Saigon isn't Platoon or Apocalypse Now, but the story of Loren W. Christensen's experience as a military policeman (MP) in a city of millions at a time when chaos and fear reigned.

As a 23-year-old from a small town in Washington State, the author was plunged into a chaotic city of brawling servicemen, prostitutes, racial violence, enemy rockets, riots, and death. It was a place that would give him a unique opportunity to see up close a different side of the Vietnam War and its effect on the human condition.

Nearly 80 stories collectively convey the author's experiences, and his arc — from naive to jaded, angry, confused, anxious, and bone-weary exhausted — is representative of so many GIs who served in the Vietnam War as well as those veterans of today's conflicts around the globe.