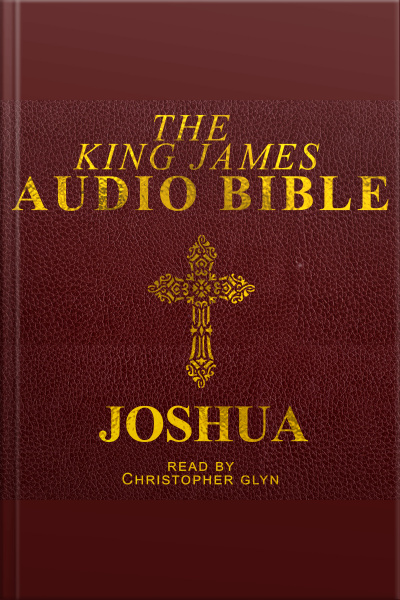 After the death of Moses, God calls on Joshua to lead the Israelites across the Jordan River and take possession of the promised land. God guarantees victory in the military campaign and vows never to leave the Israelites so long as they obey his laws. The people swear their allegiance to Joshua, and he sends two spies across the river to investigate the territory. The men enter Jericho, where a prostitute named Rahab hides them in her home and lies to the city officials regarding the spies’ presence. Rahab tells the spies that the Canaanites are afraid of Israel and its miraculous successes. Professing belief in the God of the Israelites, she asks for protection for her family when the Israelites destroy Jericho. The spies pledge to preserve Rahab and return to Joshua, telling him of the weakened condition of Israel’s enemies.

Approaching Jericho, Joshua encounters a mysterious man who explains that he is the commander of God’s army but that he is neither for nor against Israel. Joshua pays homage to the man and passes on. Following divine instructions, Joshua leads the Israelites in carrying the Ark around Jericho for six days. On the seventh day, the Israelites march around the city seven times. Joshua rallies them to conquer the city and kill everyone except for Rahab. They are to refrain from taking any of the city’s religious items. At the sound of the Israelite war cry, the walls of Jericho collapse, and the Israelites destroy the city and its inhabitants.

Joshua’s fame spreads throughout the land, but the Israelites are humiliated in their attempts to take the next city, Ai. God attributes the disaster to the disobedience of Achan, an Israelite who has stolen religious items from Jericho. After the people stone Achan, the renewed attempt against Ai is successful as Joshua masterminds an elaborate ambush against the city’s forces. The Israelites celebrate by erecting an altar to God and publicly reaffirming their commitment to God’s law.

Fearful of the marauding Israelites, the people of Gibeon visit the Israelite camp in disguise, claiming to be travelers in the land and requesting peace with Israel. Joshua does not inquire with God and makes a hasty treaty with the men, only to discover later that the Gibeonites are natives of the land to be conquered. The Israelites refrain from attacking the city, but five other local kings attack Gibeon for making peace with Israel. The Israelites come to Gibeon’s aid and destroy the five armies. Joshua helps by commanding God to make the sun stand still during the fight. God listens and stops the sun’s movement—the only time in history, we are told, when God obeys a human.

The Israelites continue to destroy the southern and northern cities of Canaan, killing all living inhabitants, as God has stipulated. While much of the promised land still remains to be conquered, the people of Israel begin to settle in the land, dividing it amongst the twelve tribes. After God gives Israel rest from its enemies for many years, an ailing Joshua makes a farewell pronouncement to the nation of Israel. Joshua goads the Israelites to be strong and to obey all of God’s laws, throwing away any idols and refraining from intermarriage with the native people. The people assure Joshua they will be faithful to the covenant, but Joshua reluctantly accepts this assurance, worried that obedience for Israel will prove quite difficult.