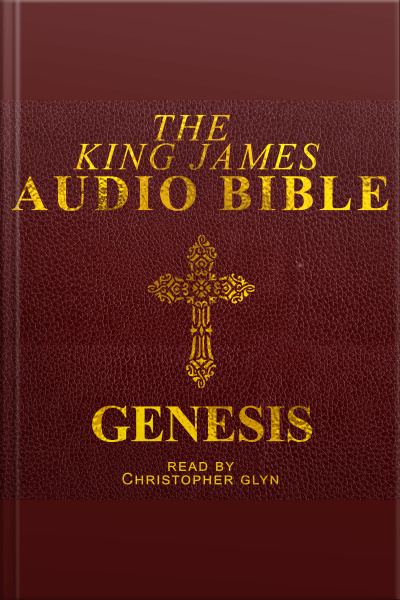 The Book of Genesis opens the Hebrew Bible with the story of creation. God, a spirit hovering over an empty, watery void, creates the world by speaking into the darkness and calling into being light, sky, land, vegetation, and living creatures over the course of six days. Each day, he pauses to pronounce his works “good” (1:4). On the sixth day, God declares his intention to make a being in his “own image,” and he creates humankind (1:26). He fashions a man out of dust and forms a woman out of the man’s rib. God places the two people, Adam and Eve, in the idyllic garden of Eden, encouraging them to procreate and to enjoy the created world fully, and forbidding them to eat from the tree of the knowledge of good and evil.

In the garden, Eve encounters a crafty serpent who convinces her to eat the tree’s forbidden fruit, assuring her that she will not suffer if she does so. Eve shares the fruit with Adam, and the two are immediately filled with shame and remorse. While walking in the garden, God discovers their disobedience. After cursing the serpent, he turns and curses the couple. Eve, he says, will be cursed to suffer painful childbirth and must submit to her husband’s authority. Adam is cursed to toil and work the ground for food. The two are subsequently banished from Eden.

Sent out into the world, Adam and Eve give birth to two sons, Cain and Abel. Cain, a farmer, offers God a portion of his crops one day as a sacrifice, only to learn that God is more pleased when Abel, a herdsman, presents God with the fattest portion of his flocks. Enraged, Cain kills his brother. God exiles Cain from his home to wander in the land east of Eden. Adam and Eve give birth to a third son, Seth. Through Seth and Cain, the human race begins to grow.

Ten generations pass, and humankind becomes more evil. God begins to lament his creation and makes plans to destroy humankind completely. However, one man, Noah, has earned God’s favor because of his blameless behavior. God speaks to Noah and promises to establish a special covenant with Noah and his family. He instructs Noah to build an ark, or boat, large enough to hold Noah’s family and pairs of every kind of living animal while God sends a great flood to destroy the earth. Noah does so, his family and the animals enter the ark, and rain falls in a deluge for forty days, submerging the earth in water for more than a year. When the waters finally recede, God calls Noah’s family out of the ark and reaffirms his covenant with Noah. Upon exiting the ark, Noah’s family finds that the earth is moist and green again. God promises that from this new fertile earth will follow an equally fertile lineage for Noah and his family. But humankind must follow certain rules to maintain this favor: humans must not eat meat with blood still in it, and anyone who murders another human must also be killed. God vows never to destroy the earth again, and he designates the rainbow to be a symbol of his covenant.

One night, Noah becomes drunk and lies naked in his tent. Ham, one of Noah’s sons, sees his naked father and tells his brothers, Shem and Japeth. Shem and Japeth cover their father without looking at him. Upon waking, Noah curses Ham’s descendants, the Canaanites, for Ham’s indiscretion, declaring that they will serve the future descendants of Ham’s brothers. A detailed genealogy of the three brothers’ descendants is given. Many generations pass and humankind again becomes corrupt. Some men, having moved west to Babylon, attempt to assert their greatness and power by building a large tower that would enable them to reach the heavens. Their arrogance angers God, who destroys the edifice. He scatters the people across the earth by confusing their common language, thus forever dividing humankind into separate nations.