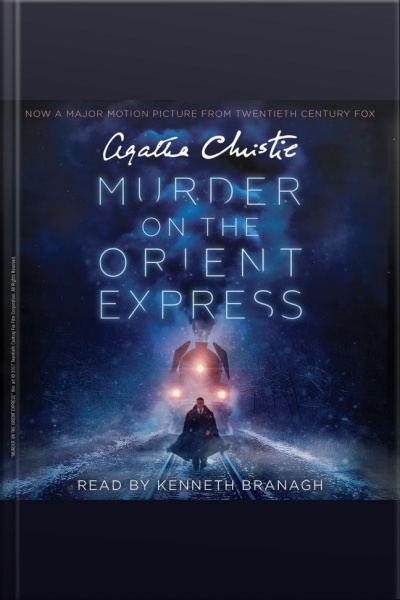 A new recording of the most widely read mystery of all time, performed by Kenneth Branagh.

Just after midnight, the famous Orient Express is stopped in its tracks by a snowdrift. By morning, the millionaire Samuel Edward Ratchett lies dead in his compartment, stabbed a dozen times, his door locked from the inside. One of his fellow passengers must be the murderer.

“What more . . . can a mystery addict desire?”—New York Times