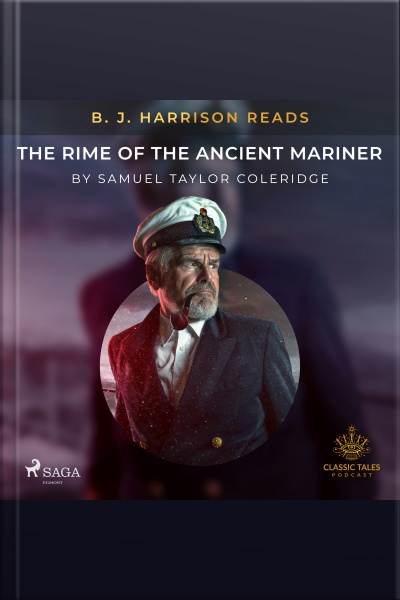 B. J. Harrison Reads The Rime Of The Ancient Mariner

An old grey-bearded mariner returns from a long sea voyage. He stops a guest at a wedding ceremony and tries to tell him the story of his greatest adventure. At first, the man doesn't want to listen but the mariner’s glittering eyes captivates him. The sailor begins his story, which turns out to be as exciting as he claimed. "The Rime of the Ancient Mariner" is the longest, major poem in British literature and marks the shift from romantic poetry to modern poetry. Embark on the mariner's extraordinary journey through B. J. Harrison's fantastic narration.